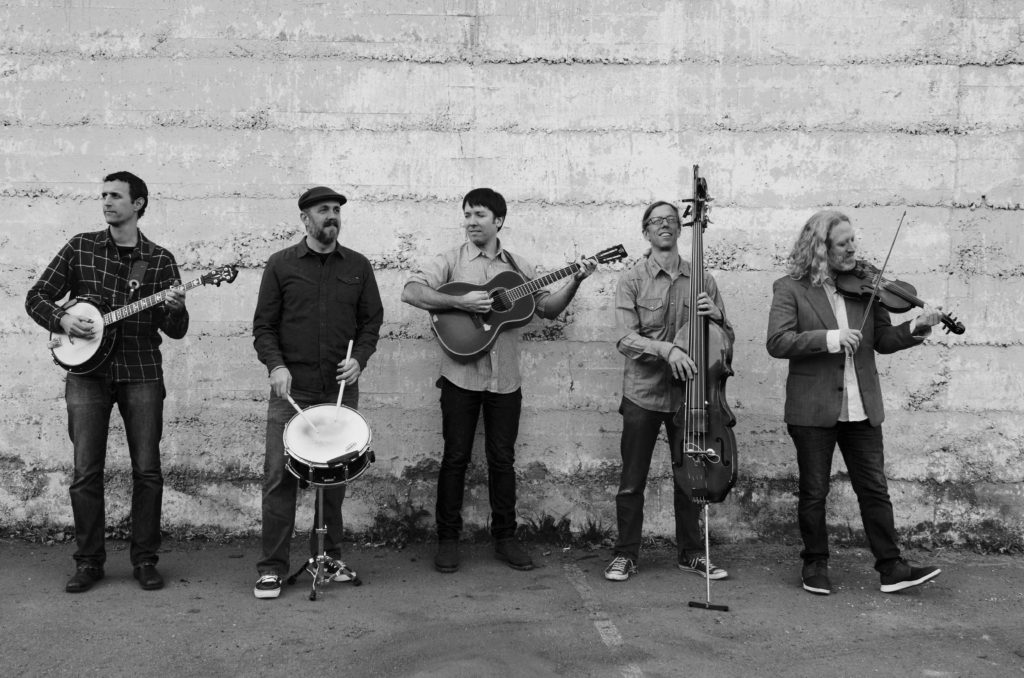 Hot Buttered Rum, a souped-up, left-coast string band, is the brainchild of five uniquely gifted musicians who weave their love of bluegrass, folk, jazz and soul into a riveting strain of Americana. String bass and five-alarm fiddle merge with guitar, banjo, mandolin and drums to frame the voices of its two contrasting writers, fueling a dance party with roots in Appalachia and its branches in California. It’s a sound that’s as tough to describe as it is easy to love.

Nearly twenty years into its journey, HBR’s music, dreamed up in the backcountry of the High Sierra and the basements of San Francisco, has found its way into the hearts, minds and bodies of fans nationwide. The band continues to tour year-round in support of its many albums and social causes.